skip to main | skip to sidebar

If I become so-and-so 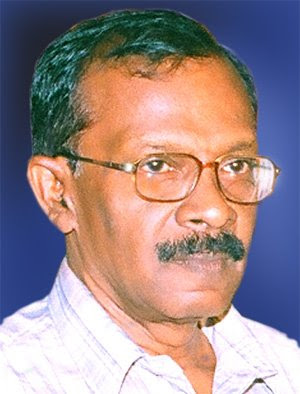 It's mere fun to daydream! Daydreams are FREE. You don't have to spend a nickal to get a daydream. It is produced within you. It is distributed to every single cell in your brain and body. It is so wonderful a thing to have. It makes you euphoric. it makes you energized. It makes you adrenalin-rich. It can make you or break you.

I have a daydream. Not the one Martin Luther King had had once. My daydream is different. The funniest part of it is I called my daydream "If I become so-and-so". Yes. It sounds fun. It works miracles in me now. It also tells how stupid I am. It also tells how ignorant or how ingenious I am at times. That is how daydreams work. It lead me from dream to another like a chain reaction. It elevates me from the realities and absurdities of the real world. I am alone in it, with it. I forget where I belong to when it takes over me. But I can hear others calling me crazy. I ignore them. If I listen to them I loose the fun of daydreaming.

There, the dream goes like that. But I am sure it works. It works in baby steps, carefully. No dreams would work like over-night magic show. But it works. Wow. I am getting dizzy! It is real fun to be crazy at times, as long as it does not hurt anyone. Let me begin at the very begining now. I need to make "If I become so-and-so" tick. I need your full support to make it click. What harm in supporting a harmless dream? If you also have dreams like me I am sure you will be with me. I can give you a part of my dream to each one to play with. Mind you it is FREE. But it will make you richer if not Kings.


So I need King-makers. I need you to be my King-makers so that I can become "so-and-so". Do you feel this absurd?


If you do not support me to foster my daydream I will keep it with me with its nascent purity and charm. I wont share it with you at all. To say the least, you will never be with me in New Delhi when it is time to occupy the Cabinet. Won't you be with me "If I become a so-and-so"?


It would be a reality if my daydream becomes real with your help. You too can experience the thrill of daydreaming. In about a few months from now, the Parliamentary elections would be announced. If a conventional politician with official ticket can sit in Delhi, why not an independent humble, simple man with some sense sit with them there?


Daydreaming is not a crime. I am not a criminal. I dream of my India and my fellow Indians like you, who are simple, humble, lovable and educated, who try harder to survive in a politically corrupt democracy. Should we need a change from the copy-book-style politics?


That is how it all began with me. That is how my pet dream is born:"if I become so-and-so"!

Think, dream and respond to me. Afterall I am one among you. without you I would hae been nothing. It is YOU who make kings and paupers. If not a King, let me remain as what I am with my precious daydreams. Kings do not get time to daydream. That way I am the king of my empire. So are you.

Posted by Santhosh Kumar at 7:52 AM No comments:

Santhosh Kumar
I am an Artist/Journalist/Advertising man with a keen interest in maintaing close human raltionships with every one.